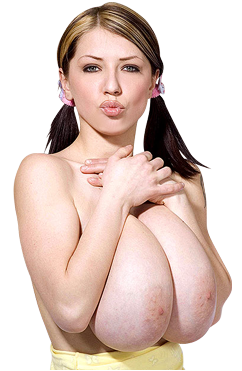 Merilyn is not some jet-setting party girl, boozing it up late at night in clubs and snapping selfies with friends. She's basically a homebody. She doesn't like travelling, and she prefers to stay at home. She'd rather take a trip to the mall to buy tight tops or cook a Ukrainian dish than fly to Europe for a week.

When SCORE first photographed her, Merilyn's English was rudimentary. Over time, she studied hard to learn to speak more fluent English. Her Ukrainian accent is very sexy. A pioneer among Ukrainian nude models, Merilyn is the forerunner of Valory Irene and Sha Rizel, who are both extremely popular, naturally slim and stacked SCORE Girls. Read more about Merilyn inside!

Join now to see even more of Merilyn Sakova!